There have been a number of failures of cryptocurrency exchanges (CEs) over the past 12 months – see, for example, Voyager and Celsius. While each case is different and should not be judged in the round, there are some common themes that apply to many of these cases.

Whose crypto is it anyway?

It is perhaps helpful to start with the most recent, and highest profile, bankruptcy in the CE space, that of FTX. No doubt many will be familiar with some of the details of this case, given the recent news coverage. For those who are not, and by way of a brief background, FTX was set up as a CE by Sam Bankman-Fried (known as ‘SBF’) and Gary Wang. It followed on from SBF’s initial company, Alameda Trading LLC (AT), which was set up as a cryptocurrency arbitrage trading house, taking advantage of small differences in the prices of various cryptocurrencies on various exchanges.

FTX was portrayed by many as a ‘darling’ amongst the CE world, as was SBF who appeared on the cover of Forbes Magazine labelled as ‘The World’s Richest 29-Year-Old’; at one-point, FTX was valued at as much as US$32 billion based on a funding round early in 2022. Investors in FTX include the Ontario Teachers’ Pension Fund, Sequoia Capital and SoftBank.

There is a common saying in the cryptocurrency world which is ‘no private key, no cryptocurrency’. This is exemplified in a number of high profile cases including that of Tulip Trading Limited v Bitcoin Association for Bitcoin SV (BSV) and others, where proceedings were brought seeking an order that the code of Bitcoin (BTC) be changed to allow Tulip Trading to access billions in BTC, which it alleged it had lost access to as a result of a hack of the company’s IT equipment, resulting in the loss of the private keys (see our article about this case here).

A helpful analogy may be to think of cryptocurrency as an asset held in a safe and that, without the private key, the assets within the safe, ie, the ability to transact with the cryptocurrency, are lost. In the case of FTX, users were simply told that the assets were in the safe and their password should, in theory, have then allowed FTX to use the private key to open the safe and retrieve those users’ assets.

On 2 November 2022, reports began to emerge that there were a number of questionable transactions between FTX and AT. It appeared that a significant outflow of cryptocurrency had taken place from FTX to AT, and that approximately 40% of FTX’s treasury (the assets held by FTX) by value related to its own token, FTT.

These stories prompted a proverbial ‘run’ on the CE which led to FTX freezing user withdrawals. It took less than one week from the point of freezing customer withdrawals to the collapse of FTX, with John J Ray III (a specialist US restructuring lawyer who previously acted in the bankruptcy for Enron) being appointed FTX’s new CEO on 11 November 2022 and, as his first act, filing for Chapter 11 bankruptcy protection in the US state of Delaware for over 100 FTX entities.

A Chapter 11 bankruptcy, in simple terms, is a debtor ‘in possession’ procedure which provides – via court sanction – a company with protection from its creditors while it seeks to reorganise and restructure to maximise the returns to its stakeholders and rescue, or sell, the business. It is akin to an English administration procedure.

The objective for John J Ray III will therefore be to safeguard remaining assets, investigate and take steps to recover those assets which can be recovered, establish what happened, and who is responsible, and to put forward a plan which will fulfil the role of maximising value for stakeholders.

As a result of FTX’s rapid fall from grace into a Chapter 11 bankruptcy, a large number of users (reported to be over one million) are understandably wondering whether and when they will recover their assets which they believed to be safely held by FTX. This question is hard to answer, and no doubt the timescales will be counted in years, rather than weeks or months, but early reports suggest that the ratio of liabilities to assets may be as high as 10:1.

Clearly, the incumbent CEO, John J Ray III, has a significant task on his hands to answer the multi-billion-dollar question: where is the money (or crypto, in this case)? John J Ray III’s evidence to a congressional committee on 13 December 2022 certainly makes for interesting reading and includes five key pieces of information which are already known.

As covered in a previous article, the UK government has introduced a bill, currently progressing through Parliament, and which plans to regulate digital settlement assets (DSAs). These are assets which are a digital representation of value or rights that (a) can be used for the settlement of payment obligations, (b) can be transferred, stored or traded electronically, and (c) uses technology supporting the recording or storage of data (which may include distributed ledger technology, but not necessarily).

The definition of a DSA is therefore very wide and goes beyond digital assets that are recorded on a blockchain, such as cryptocurrency and NFTs. As this type of asset class is nascent, the bill grants HM Treasury a power to amend this definition in the future as the underlying technology or the use of these assets continues to develop.

The UK government plans to regulate this space on a staged basis. It currently seeks to bring activities facilitating the use of certain stablecoins (which are cryptocurrencies that attempt to peg their market value to some external reference), where used as a means of payment, into the UK regulatory perimeter, primarily by amending the existing electronic money and payment system regulatory frameworks.

The bill therefore seeks to implement a regime which allows for the clear identification of the applicable regulatory requirements where a payment system using DSAs or DSA service providers is recognised as being systemic by HM Treasury.

This is an important first step but would be unlikely to offer much help to FTX’s users, unless the main cryptocurrencies that they were allowing to be traded using their platform were stablecoins. Further regulation will therefore need to be created in due course to offer users further regulatory comfort in addition to their civil rights of recourse against alleged fraudsters.

What’s next for crypto and the FTX story?

It was widely reported on 13 December 2022 that SBF had been arrested the previous day in The Bahamas, having been charged with ‘orchestrating a scheme to defraud investors’ by the US Securities and Exchange Commission (SEC), along with other charges brought by the DoJ (as outlined above) and the US Commodity Futures Trading Commission.

The SEC charged SBF with violating the anti-fraud provisions of the Securities Act of 1933 and the Securities Exchange Act of 1934. It does not appear likely that his arrest will affect the Chapter 11 bankruptcy of FTX, albeit it may curtail his ability to give interviews. It will however be interesting to see how both the criminal and civil complaints develop in the US, where a very significant weight of both public and legislative pressure is mounting to deliver justice to those who have lost out in the FTX collapse.

The collapse of FTX, and other CEs, is clearly bad news for investors, customers, and employees, who have lost cryptocurrency and jobs. These collapses have and will, at least in the short term, have a negative effect on consumer trust, confidence and adoption of cryptocurrencies,

This being said, the removal of bad actors from the market, and a consolidation of the remaining key players, combined with the spotlight which has been cast on the regulatory landscape, may be a golden opportunity to further accelerate the regulation of such assets. In addition, a high-profile collapse, such as that of FTX, may make some consumers more sceptical, and therefore less susceptible, to the myriad of crypto based frauds that persist.

Undoubtedly, for lawyers, the ensuing litigation and asset recovery exercise which will be a central part of the FTX bankruptcy will provide a significant quantity of case law over the years to come, just as the collapse of Lehman Brothers offered just over 14 years ago.

What’s next for crypto? Only time will tell. But one thing is for sure: the world of crypto is never dull. 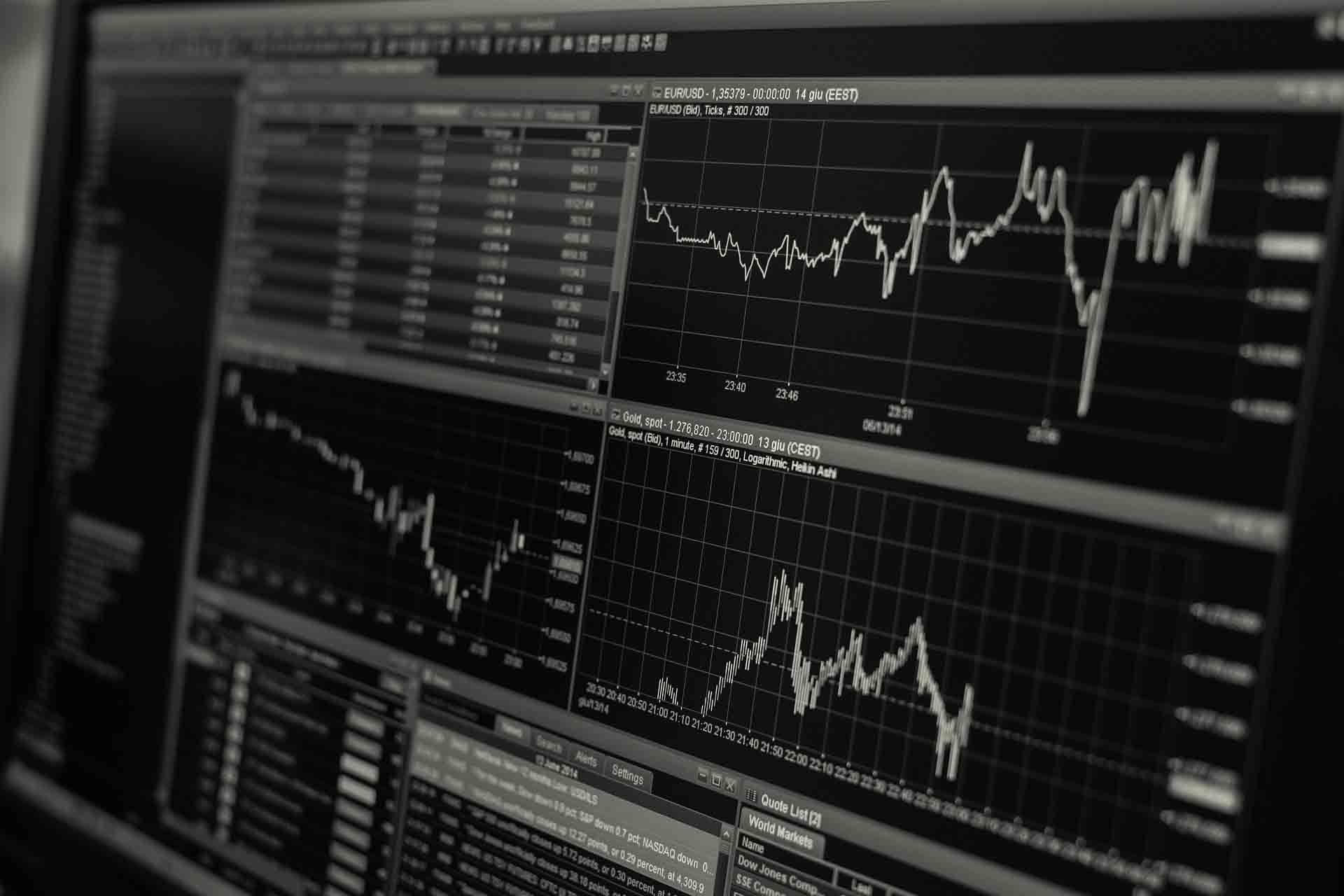 Do the 2023 could be better for Stock markets?

for More information about the release of SBLC, please keep in touch with Mr. Longo Carmine Salvatore, directly phone: +225 0140704848 info@carpetfinance.com